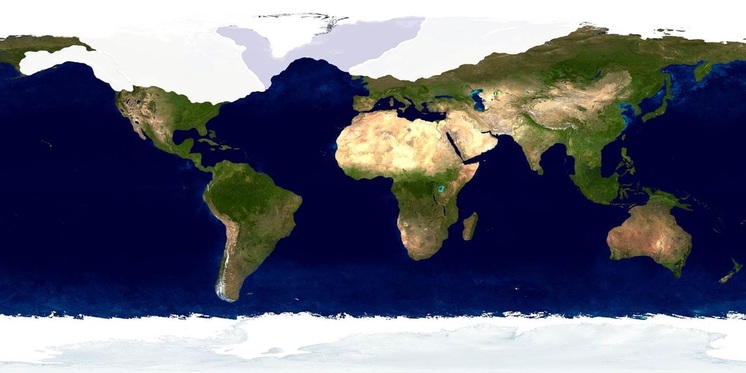 Objective: The purpose of this assignment is to understanding the world at the time of the of the last great 'ice age.'  Your map should look similar to the one to the left; however, it will include the following additional items: human migration routes, labels, and a key.
Open and print the PDF map below.  Combine all of the sheets to create a large map.
Large Blank Physical Map 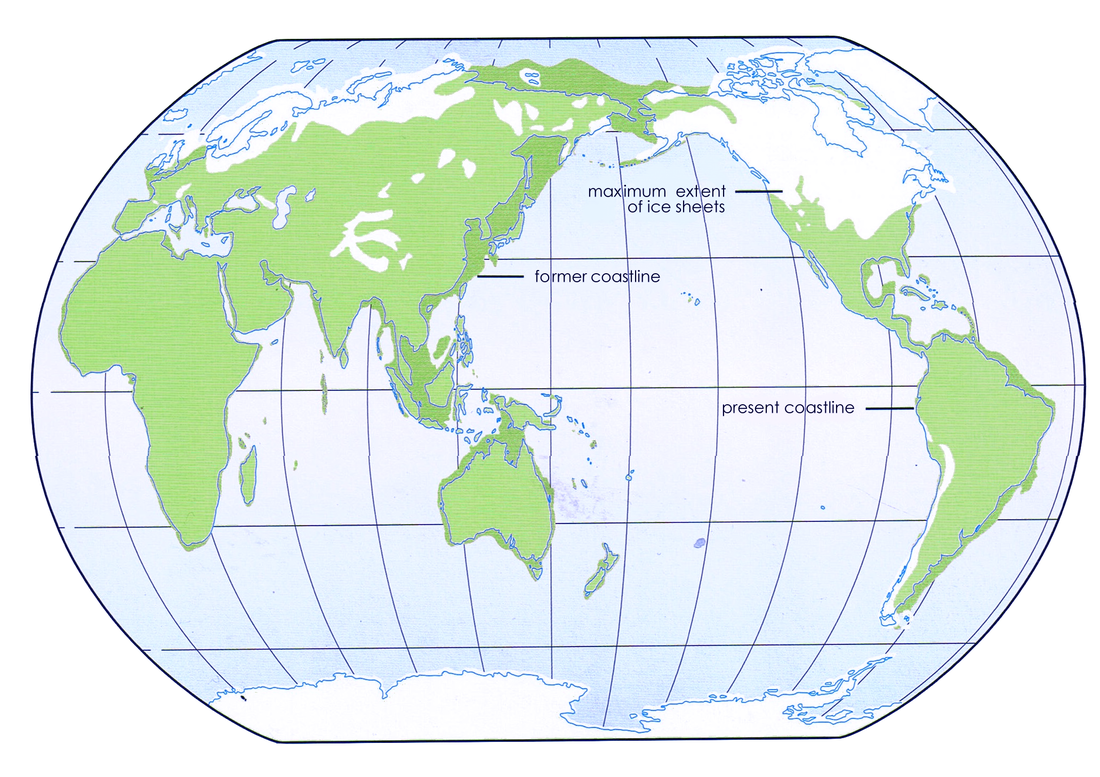 During the last major glacial episode, the world's ocean levels were 130-meters than today because so much water was used in the creation of the ice sheets.  This exposed large areas of land.  In several areas, these acted as land bridges that made it possible for humans and other animals to expand around the globe. 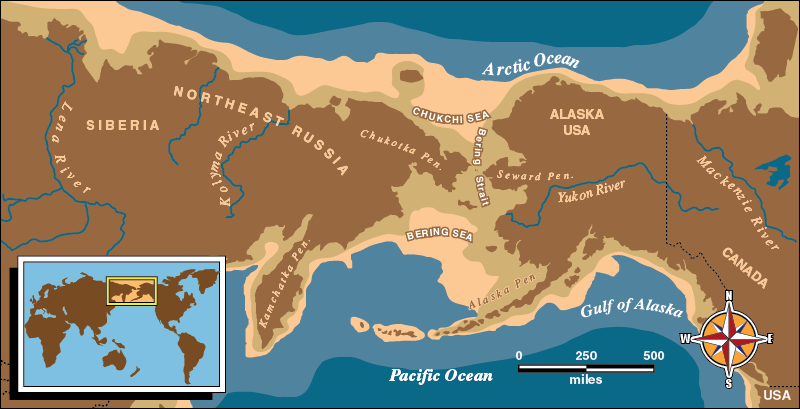 Beringia (above).  During the Late Pleistocene, this land bridge was a polar desert which prevented it from being covered by ice sheets.  It served as a connection between Siberia and Alaska.  This may have played a critical role in the arrival of human populations in the Americas.  [Image Source: National Park Service] 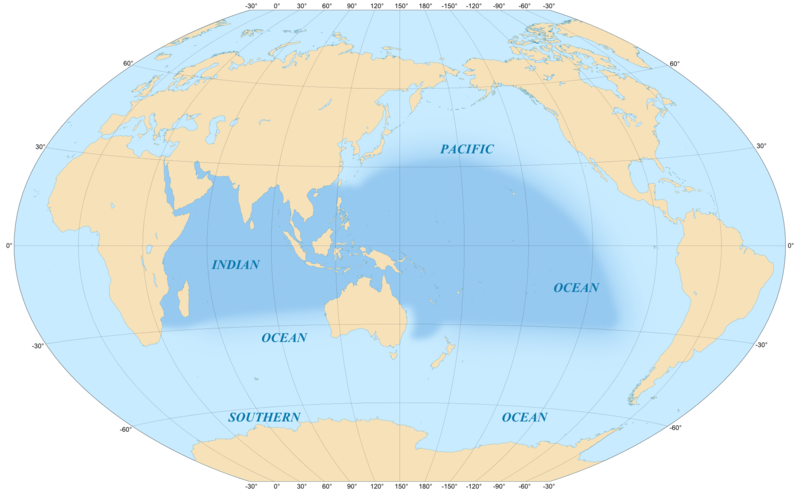 The earliest human range expansion was along the southern shores of Eurasia.  Humans stayed close to the coast for milder climates and a stable food source.  [Image Source: Wikipedia] 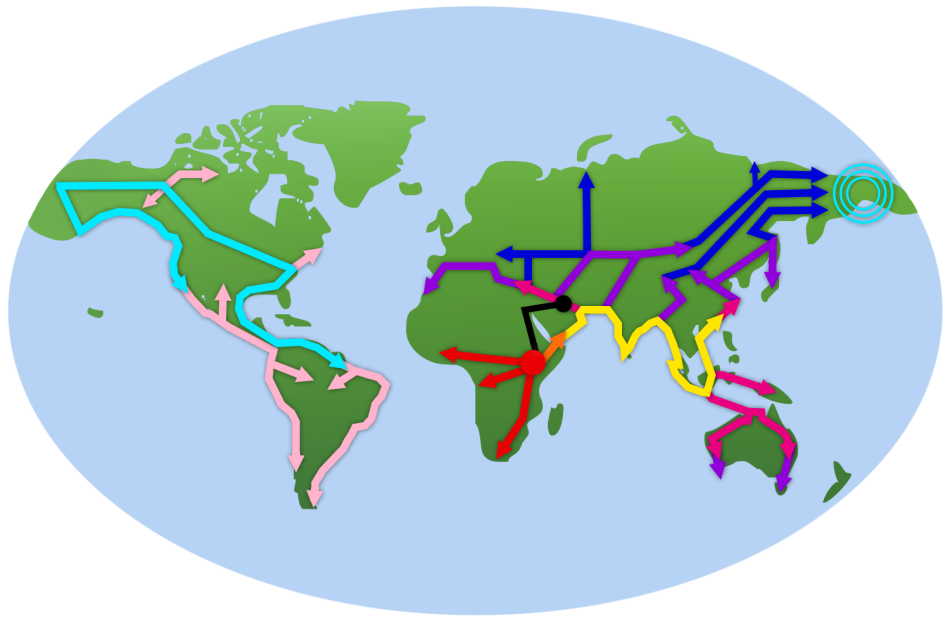