From Hellenism to Hellenistic: The Greeks considered themselves as descendants of Helen of Troy.  King Philip II of Macedon had a goal of uniting the Greek lands, and then conquering the territories of the Persian Empire.  However, before he could accomplish these objectives, he was assassinated.  His son and heir, Alexander, adopted his father's plan, and he began a military campaign that would allow him and his Greco-Macedonian army to conquer the known world (at least known to the Greeks).  Greek culture within the Aegean and Mediterranean littoral is referred to as Hellenism, and Greek culture that was exported beyond the boundaries of the Greek world is known as Hellenistic.

As Alexander's army conducted military operations throughout the Persian Empire, it is reported that they founded hundreds of cities along the way. While the combined army of Greeks and Macedonians did establish some cities (Alexandria of Egypt being the most famous), it is most likely that the majority of cities were simply older settlements that were given new Greek names.  A few able-bodied soldiers would be left at settlements and fortifications to guard strategic locations.  However, the major of Greeks and Macedonians were soldiers that had become too old, sick, or injured to further endure the struggles of a harsh military life.  These men were placed as the new ruling class within these cities, and gradually, under their guidance, these cities would take on an increasingly 'Greek' feel. 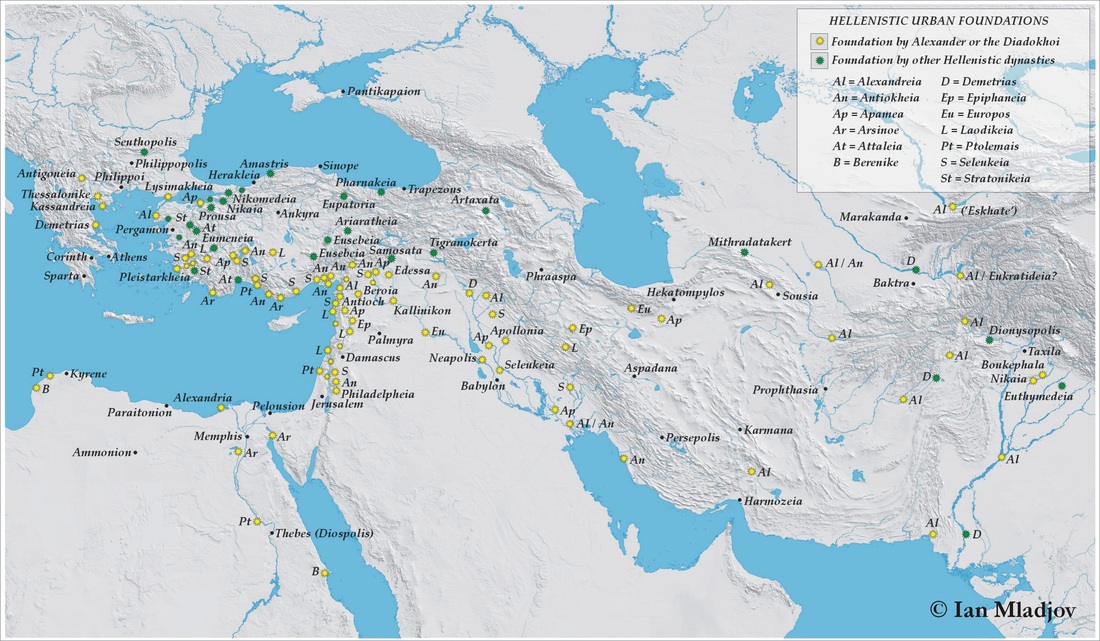 Storehouses of Knowledge: Libraries and Museums

Carl Sagan on the Library in Alexandria

Fortifications built by Alexander's army were placed at such strategic locations they are currently be used by military forces in Afghanistan.  (Images below courtesy of the US Air Force and NATO).

Source: With permission from the Center for Hellenic Studies (Harvard)-- "Hellenistic Information in China"