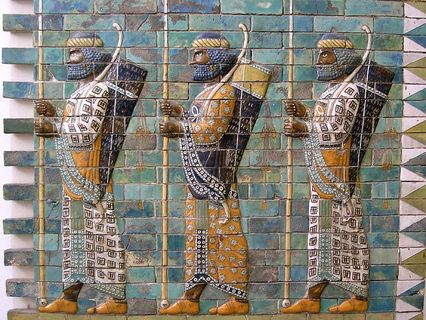 Following the collapse of Late Bronze Age societies from the eastern Mediterranean to the Indus Valley, the Achaemenid Empire of Persia filled the void by uniting the lands of the region under the control of a single political power.  Under its 'King of Kings,' they were able to united the complex societies of the Nile (Egypt), the Tigris and Euphrates (Mesopotamia), and the Indus (Harappa) into a single empire.


The Achaemenid Persians pattern of imperial control and government laid the foundation for all of the Old World agrarian-based (farming) empires until the rise of the modern nation state in the 17th century.


Learning Objective: How were the Achaemenid Persians able to acquire and control such a large empire?

For this exercise, you will be creating two maps:

​The final map must be colored as a physical map.  Also, it needs to be enlarged to half poster size.  The following blank outline map will help you get started.

In addition to the larger map you will be creating above, you need to create a smaller map of the Persian Empire that will go in the key.  It must include the following information: 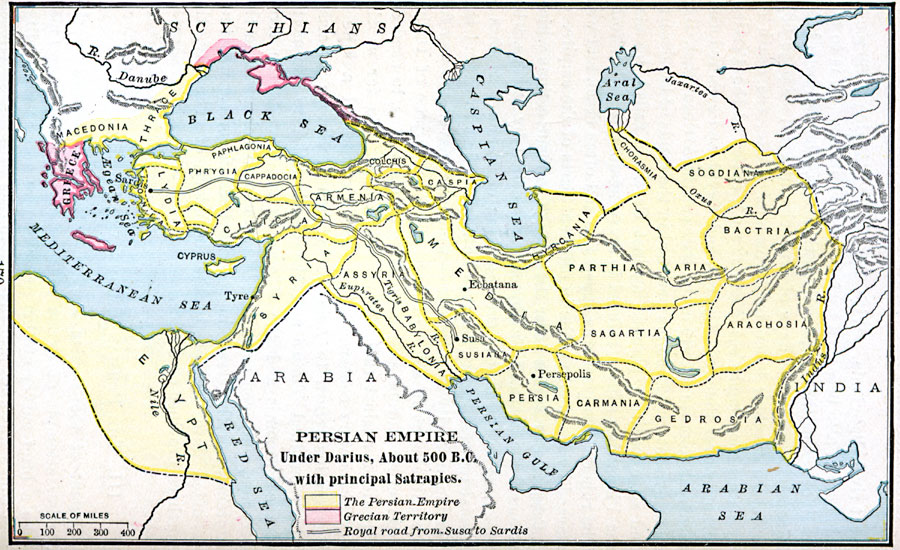 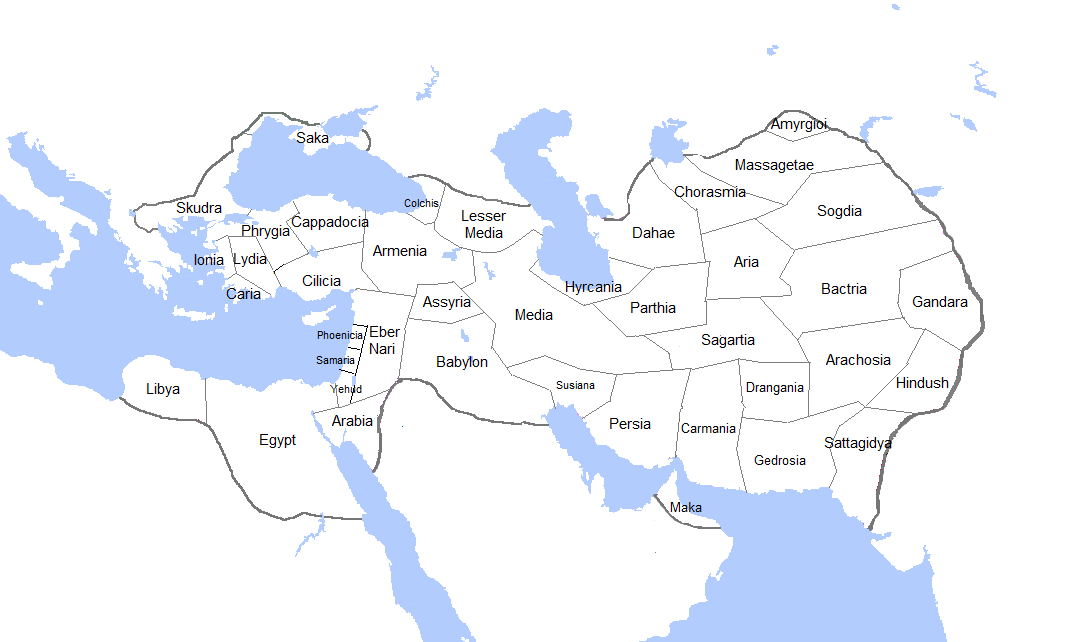 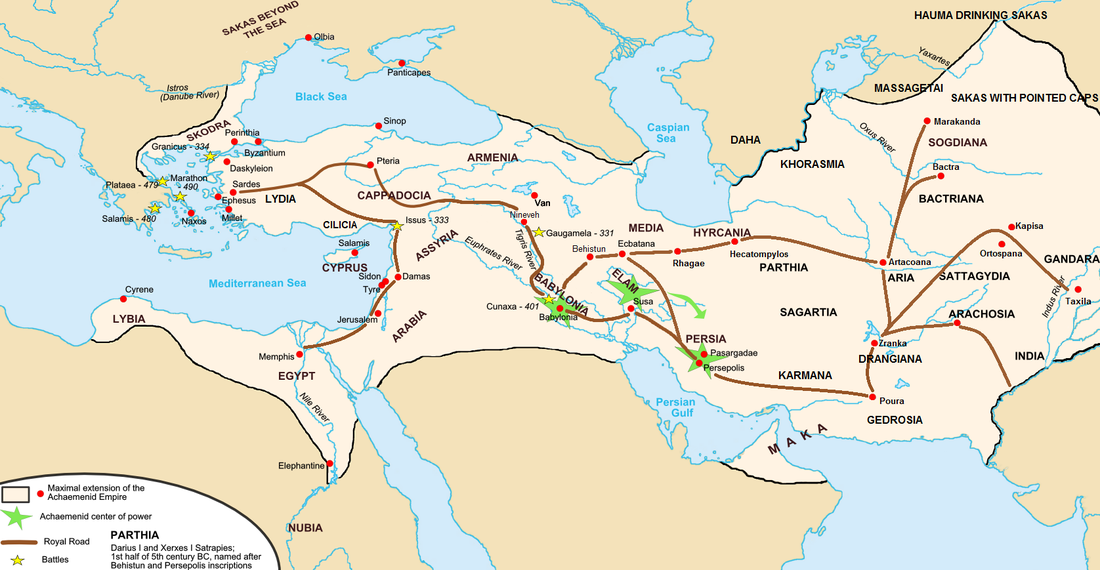 This canal, built by Darius I of Persia, allowed for ships to sail from the Indian Ocean, up the Red Sea, through the canal to the Nile River, which would allow them to reach the Mediterranean Sea.

Managing a large area of territory is challenging.  In order to stay in power, the Persians needed to assist in meeting the needs of the people, and help them in times of crisis (such as invasions, famines, or natural disasters).  In order to do this, the Persians, like all other large empires, needed to complete the following: 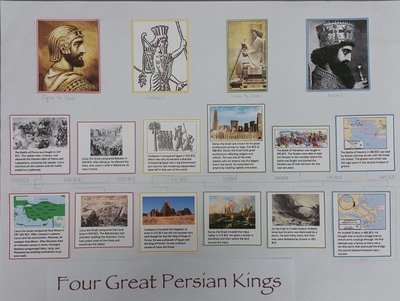 Throughout much of the Persian Empire, religious tolerance was practices.  However, one of the earliest monotheistic faiths in the world, Zoroastrianism, gained favor among the Persian elites.

Persians and Zoroastrians appear in both the Old and New Testaments of the Bible.  In the Old Testament, Queen Esther was married to the Persian King Xeres, and in the New Testament, the Three Wise Men are Zoroastrian priests who bring gifts to the Christ Child.

Conduct research to outline some of the basic beliefs of Zoroastrianism.

Create an Event Map / Event Map about the Zoroastrian faith.

The Persian Empire was made-up of a diverse collection of peoples.  Essentially, the Persians had two basic requirements: pay a modest amount of tax and/or tribute, and maintain the peace.  The faces of the people below are carved throughout the palace at Persepolis.  By representing them in the imperial capital, the Persians sent the message that all of them were members of the empire.

The number of Persians always remained low, so they knew they needed to rule with a light yolk.  For example, Cyrus' willingness to release the Jewish captives from their 'Babylonian Captivity' earned him the epithet: 'The Great.' 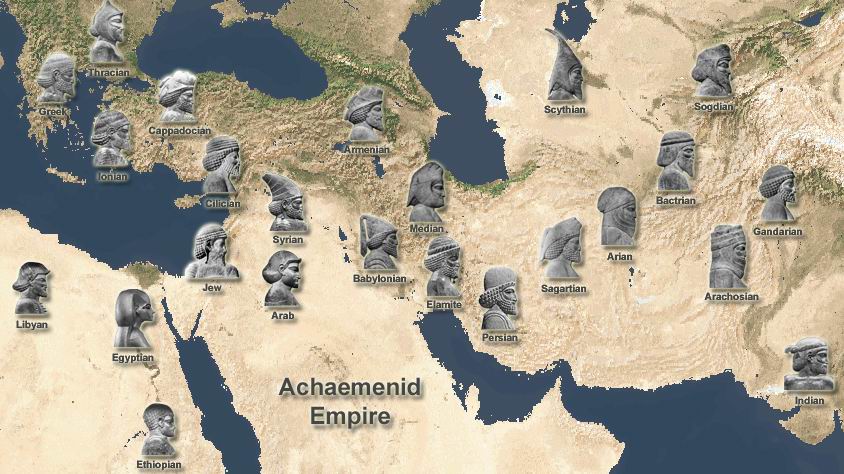